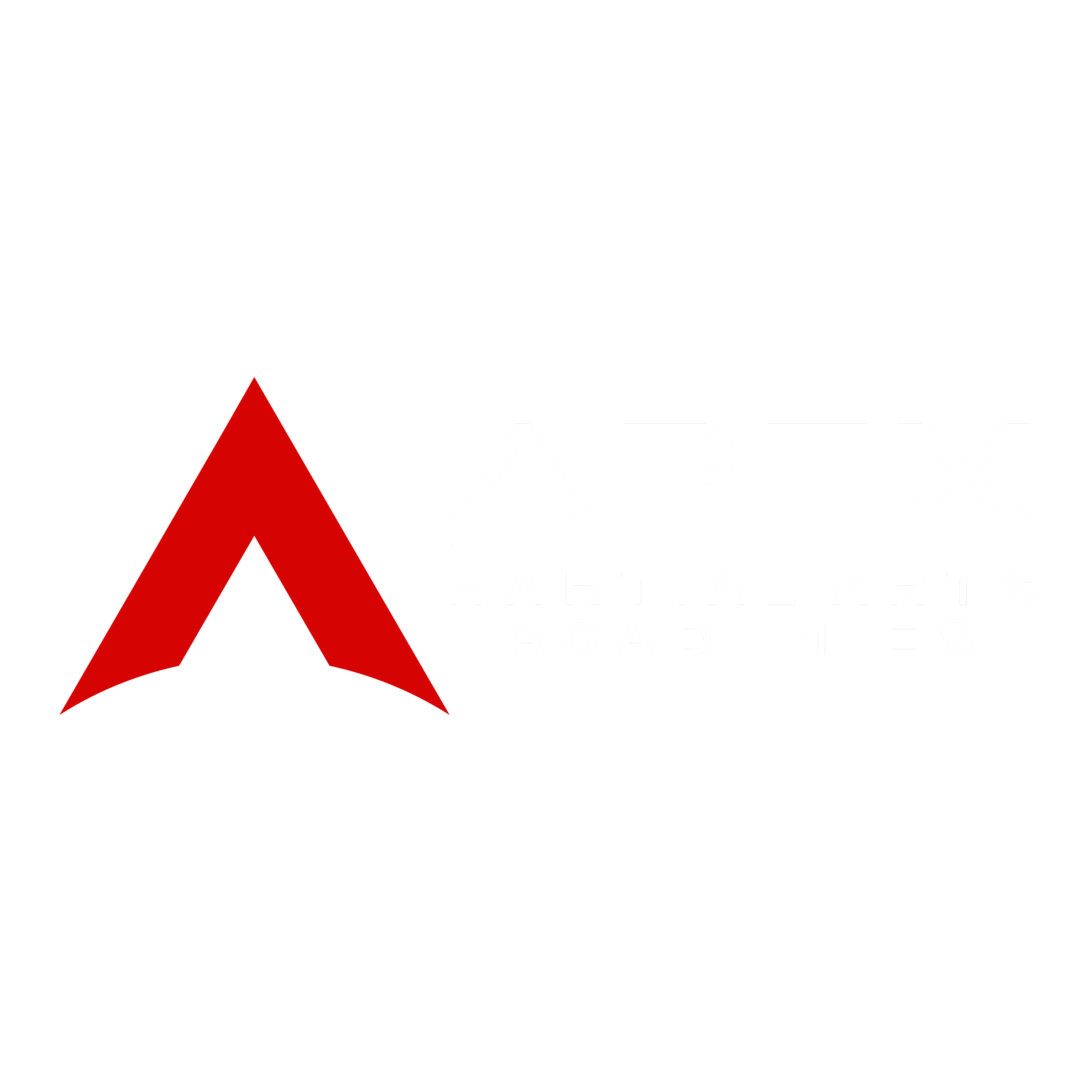 Secure your spot and get started today with our EXCLUSIVE offer!

By opting into the web form above you are providing consent for Apex Martial Arts Academies to send you periodic text messages. Standard rates may apply. You can reply HELP at anytime or learn more. You may opt-out anytime by replying STOP.
ACCESS OUR SCHEDULE
& EXCLUSIVE WEB SPECIAL

Secure your spot and get started today with our EXCLUSIVE offer!

By opting into the web form above you are providing consent for Apex Martial Arts Academies to send you periodic text messages. Standard rates may apply. You can reply HELP at anytime or learn more. You may opt-out anytime by replying STOP.

I started practising taekwondo at Evesham Martial Arts 6 months ago. I remember the trepidation I felt when entering into my first lesson, thinking that at 40 I may be too old to start a Martial Art. Thankfully my nerves and fears have gradually been replaced with confidence and enjoyment, thanks to the excellent teaching methods of the instructors and the overall atmosphere of the Dojang. I would highly recommend Evesham Martial Arts to anyone interested in increasing their fitness levels whilst learning about a fascinating Martial Art.

My Daughter has been coming now for the past 18 months and this has helped her so much with her confidence. She was so shy when she first started would hide behind me, now she is so confident in not only Taekwondo but every aspect of her life. She really loves her classes and hates to miss any. It’s a great club. 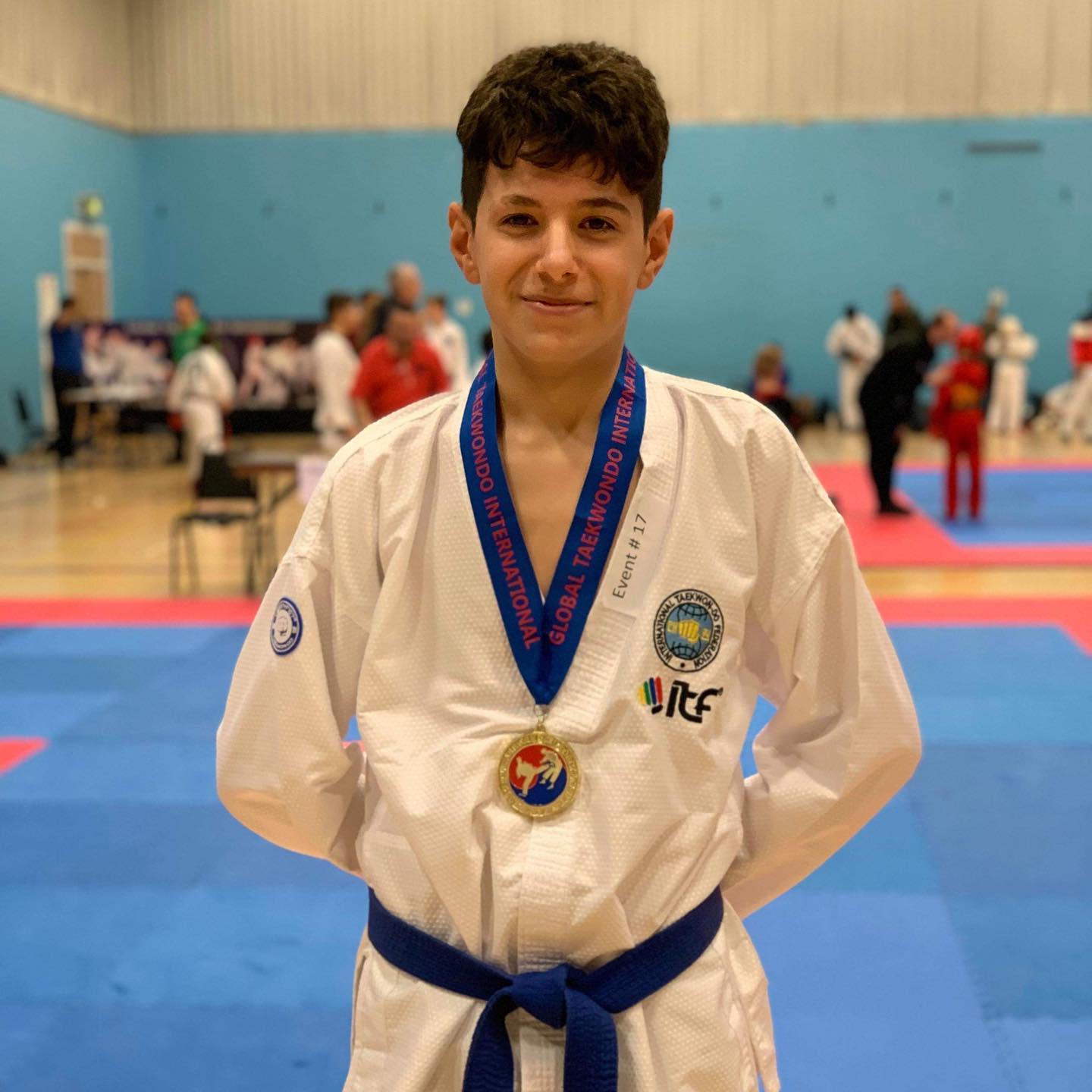 I like the way the instructors clearly enjoy working with young people. You cannot buy that kind of enthusiasm - it's natural. I also like the way the children learn how consistent effort yields results. They have to put in the work over time, yet they are always encouraged to improve.

This is a fantastic club. The instructors are first class who adapt well to every age group and ability. My two boys enjoy their sessions and are learning a life skill. All instructors make time for you if you wish to speak with them, and the children have an opportunity to compete in competitions to help develop their craft. Highly recommended worthy is ten stars.

​The benefits of regular exercise for kids are widely researched and well-known and martial arts, like other physical activities, can improve fitness, strength, flexibility and contribute to a healthy lifestyle.

But traditional martial arts, such as Taekwon-do, can offer your kids five amazing benefits in addition to keeping fit and healthy.

Through training in Taekwon-do, kids can do incredible things: head-height kicks, compete in international competitions and defend themselves and others from bullies. Training in martial arts can dramatically improve confidence, focus and inspire the kids of today to be the leaders and champions of tomorrow.

​Kids who have been the victims of bullying in school are likely to have lost confidence, but training in martial arts can help them to regain it. Taekwon-do classes incorporate the values of courtesy and respect, teaching kids to not only be respectful to others but that they also deserve to be treated with respect themselves and that no-one has to accept being bullied. Kids who are confident, have high self-esteem and the conviction that they don’t have to accept bad behaviour from their peers are also less likely to be the targets of bullying.

9-year-old Paige says she was encouraged to start Taekwon-do by her dad because “he knew that I was bullied at school”. Paige’s confidence has grown through training in martial arts and she now stands up to the bullies and recently defended a friend from a bully. Paige has developed a strong moral compass and says, “If friends are getting bullied, you stand up for them”.

Paige says her favourite thing about Taekwon-do is the instructors: “They’re really nice.”

Her younger sister, Khaleesi (6), has started Taekwon-do as well and says she loves the games, particularly “ninja-turtle” (like duck-duck-goose). Younger kids are introduced to Taekwon-do through play. They will learn basic strikes and blocks but the sessions are heavily focused on games and improving fitness, flexibility, balance and coordination – maybe without the kids knowing it!

The sisters want to keep training together and to achieve their black belts.

​The heart of any martial art is self-defence. Even in the younger kids’ classes, children learn the basic blocks and strikes to be able to protect themselves from bullies. However, Taekwon-do also teaches the necessity of self-control. Kids are not encouraged to start playground scraps but are given the tools to defend themselves if necessary and guidance on how to use them in the right way.

​7-year-old Stevie has been training at Evesham Martial Arts since he was 4-years-old. Over the years, his confidence has grown and Stevie has started to help other kids at school, both in the classroom and protecting them from bullies in the playground.

Stevie’s dad is incredibly proud that Stevie is looking out for other kids and he feels confident that Stevie would always deal with bullies in the right way. He explains: “He leads by example…. if other kids are being picked on in the playground, he’ll go up to them and ask them (the bullies) to leave them alone, then tell the teachers.”

Dad says that Taekwon-do has “been brilliant” for Stevie. He says that “his confidence is a lot higher” and that training in Taekwon-do has also improved Stevie’s focus, concentration and teamwork: “They’re very good at getting him to work in teams, follow instructions and work hard”.

Stevie says that he loves “everything” about Taekwon-do and that he feels more confident now: “Now I know I can defend myself and others”. Stevie wants to continue training to achieve his black belt and to compete in world championships.

8-year-old Aaron has been with the club for years and says he “really enjoys” Taekwon-do. He says that training in Taekwon-do has improved his fitness: “I have got better in athletics and my sports”.

Aaron enjoys sparring and patterns and has come a long way with his sparring. Initially, he was nervous of sparring but has persevered with it and improved a lot. “I used to be afraid of sparring people in case I got hit,” he says, “but now I’ve got the confidence to hit people back”. He says that his confidence has grown “a lot” and now he would feel confident to defend himself against bullies.

Aaron’s mum says she was “amazed” by Aaron’s achievement and is obviously proud. She says, “I don’t think he finds it easy, but he works hard”.

Learning that ‘hard work pays off’ is an essential life skill for kids. They will face many challenges in school, such as exams, and even more as they go into adulthood. Instilling the value of perseverance in kids from an early age is likely to help them succeed in their school studies and other areas of life.

The journey in learning and improvement never ends in martial arts – even after black belt you can progress through the Dan grades and take on new challenges such as teaching. Martial arts never aims to be easy, but it can be hugely rewarding for kids to be able to look back and see how far they’ve come on their journey and how much they’ve improved.

​Kids who are struggling with feelings of anger need a positive and safe outlet to help them to manage their emotions. Punching and kicking bags is a good and non-destructive way to manage feelings of anger, stress and frustration.

Ginny, mum to Poppy and Bella, says that her girls have “changed dramatically” since they started Taekwon-do and have gained a lot more confidence: “My eldest, Poppy, had some anger issues and they’ve calmed down a lot”.

She says that Poppy has been training for a year and “it has done her a world of good coming here. She’s a different girl”. Ginny says the instructors are “all very welcoming” and that the gym is “a lovely place to come as well” and likes the viewing area for parents where they can watch their kids train.

Poppy seems a little shy in her interview but says she has become more confident through training in Taekwon-do. She especially enjoys doing flying kicks and sparring the instructors.

Her younger sister Bella started a few weeks ago. Bella seems to really look forward to class, and was eagerly waiting beside the mat before the start. Bella seems to have been particularly inspired by one of the instructors, Willow Manton (3rd Dan). Ginny says “Mr Manton is Bella’s hero”. Bella’s favourite part of Taekwon-do class is the kicks and she wants to follow in Mr Manton’s footsteps and get her black belt and to go into teaching. She says she feels confident that she could defend herself against bullies “even if they’re bigger than me”.

“I would like to be in the Olympics when I’m older,” says 11-year-old Lily, who has set herself the goal of becoming a world champion and is determined to make it happen.

Lily is part of Team Apex, Evesham Martial Arts’ squad to train future world champions. Recently, she competed in a tournament in The Netherlands for the Holland Cup and won silver in sparring – a massive achievement at one of Europe’s biggest tournaments.

​Lily works incredibly hard. She has been training at Evesham Martial Arts for three years and also practises at home. She is now a red belt (2nd kup) and is hoping to achieve 1st Dan (black belt) by the end of next year and she’s already miles ahead. This young woman has a strong sense of dedication and confidence in her abilities and says she already started learning her next pattern even before she found out if she had passed her red belt grading.

“I love learning new patterns,” she says and she also enjoys kicks and sparring. She really likes the instructors at Evesham Martial Arts: “They’re really nice. I love them! They’re funny and good teachers”.

Lily says that Taekwon-do has helped her to focus and that she uses the Taekwon-do tenets in everyday life, recently persevering through her exams. She believes the most important tenet is perseverance: “You should never give up and if you want to achieve a goal, stick to it until you achieve it then set a new standard for yourself to get to”.

She says that it will take “all of the Taekwon-do tenets and patience” to become an Olympic champion. It’s an ambitious goal, but Lily definitely has the skill and dedication to achieve it.

Where could starting a new adventure training in martial arts take your child? Achieving a black belt, international competitions or inspiring others through teaching? Evesham Martial Arts offers two lessons free as a trial so there’s no excuse not to give it a go!